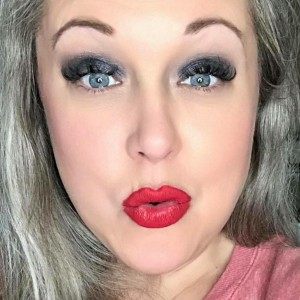 This week my family and I had the most delicious chicken enchiladas I have ever put in my mouth. The recipe was inspired by my favorite meal delivery service, Blue Apron.

Start by boiling a whole chicken until the meat quite literally falls off the bones. Also, cook one cup of Jasmine rice in a different pot.

Once the chicken is done and all of the meat is separated from the bones, you’ll want to put two and a half cups of the shredded chicken, the rice and the spice blend (a combination of garlic salt, salt, pepper, chili powder and a little bit of cayenne, all of which we combined to taste) into a large skillet with a tablespoon of melted butter. Cook the mixture for five minutes on medium until the flavors meld together.

Once the chicken mixture is done, transfer it to a large mixing bowl (be sure to set the skillet aside, as you will be using to make the sauce). To the bowl of chicken and rice, add one 15 ounce can of drained canellini beans, one cup of sour cream and the juice of three lime wedges.

Next you’ll want to make the sauce. Drop two tablespoons of olive oil to the pan that we cooked the chicken, rice and seasonings and add in the chopped scallions. Cook, stirring frequently, for about 30 seconds.

Once the scallions are soft, add the chicken broth, two tablespoons of sour cream and 1/4 cup of water. Stirring frequently, cook them on medium heat, for about one minute or until it begins simmering. Allow it to simmer for one more minute and then remove it from the heat.

Now, girlfriend, roll up your sleeves because it’s time to assemble the enchiladas. Grab the mixture, the grated cheese and flour tortillas. Before you get to work, place 1/4 cup of the chicken mixture in the bottom of a nine by thirteen casserole dish.

Unfortunately for this part I don’t have exact measurements for you. I just grabbed a tortilla and eye-balled how much of the chicken mixture and grated cheese to put in them… enough to make them nice and plump but not too much so that you’re not able to wrap them. Take a sec to play around with the amount until you get it the way you like it. Once you know how much will work, assemble all eight tortillas, placing each rolled up enchilada fold side down and smooth side up in a nine by thirteen casserole dish. Top with the sauce and any left over cheese.

Place your enchiladas in the oven and allow them to back for 12 minutes at 425 degrees, until the cheese in melted and the enchiladas are golden brown.

Voila! Now you have the greatest enchilada I’ve fed my family to date. They were such a hit that next I am doubling the recipe!!